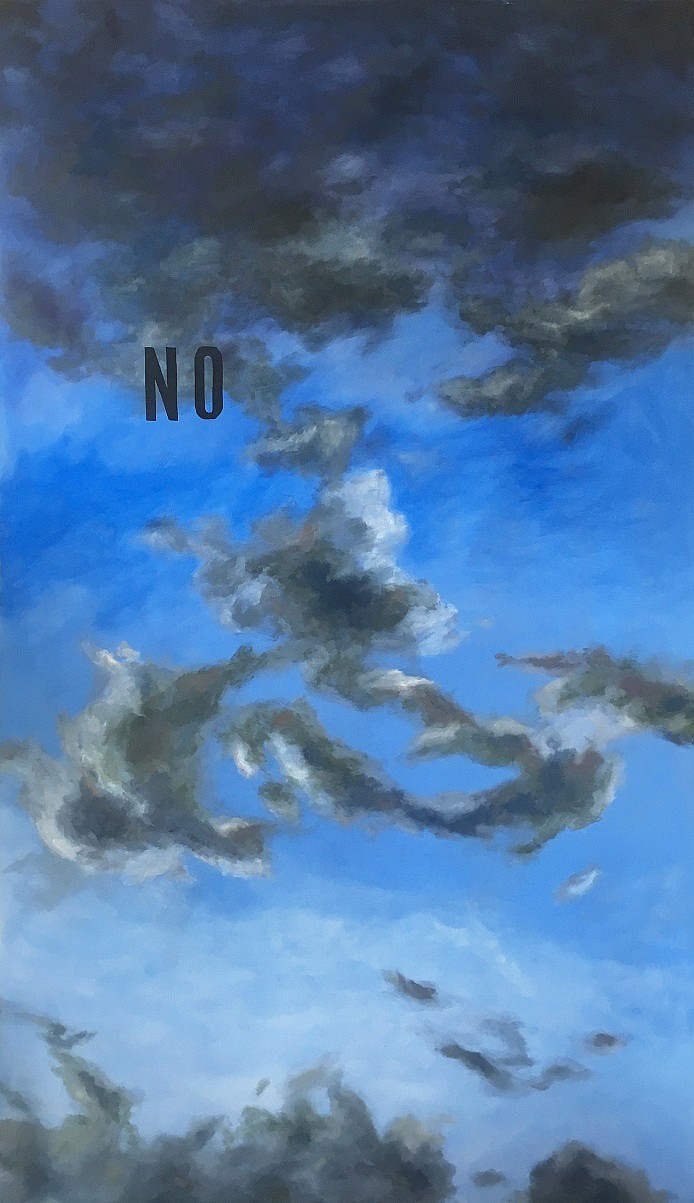 Nel has a very active online presence on Facebook and Instagram and has constructed DICTION[1] as a fresh approach in a new body of artworks. In some instances personal, but also socially and politically satirical in reference, the subject matter of the paintings and installations varies greatly. Titled DICTION deliberately, Nel finds this word ‘a more personalised vocabulary or library of not merely random words and/or phrases but words and phrases set in tone’. There is for the artist a certain personal weight to diction as opposed to the word vocabulary. Nel’s DICTION is a poetic bittersweet exploration into notions of language, visual cues and the everyday social media of  conversations, debates, clashes and attacks, and ultimately our ability to negotiate a ‘safe’ path through it all.

I started to allow the language and the vibrant visual online vocabulary I have adopted and created to enter my artmaking. This is an exploration of what I believe I am constantly doing online - creating a personal but also public language. I invite you into this library by way of painting and installation. The ambitions are not to be presented with the painted image digitised but instead with what happens online translated to painting. It is unexpected and indicates my ongoing fascination and agility in the painted medium. Any aspect of the online experience can be incorporated into this body of work, from the meme to the screensaver. I was initially reticent about going online and only after a traumatic accident and having been confined to a bed with a long period of recovery, but then I gained confidence and became an active member of various online communities. This is where I gained my particular ‘voice’.

[1] Diction (Latin: dictionem (nom. dictio), "a saying, expression, word"), in its original, primary meaning, refers to the writer's or the speaker's distinctive vocabulary choices and style of expression in a poem or story. A secondary, common meaning of "diction" means the distinctiveness of speech, the art of speaking so that each word is clearly heard and understood to its fullest complexity and extremity, and concerns pronunciation and tone, rather than word choice and style. This secondary sense is more precisely and commonly expressed with the term enunciation, or with its synonym articulation.

Diction has multiple concerns, of which register is foremost—another way of saying this is whether words are either formal or informal in the social context. Literary diction analysis reveals how a passage establishes tone and characterization, e.g. a preponderance of verbs relating physical movement suggests an active character, while a preponderance of verbs relating states of mind portrays an introspective character. Diction also has an impact upon word choice and syntax.