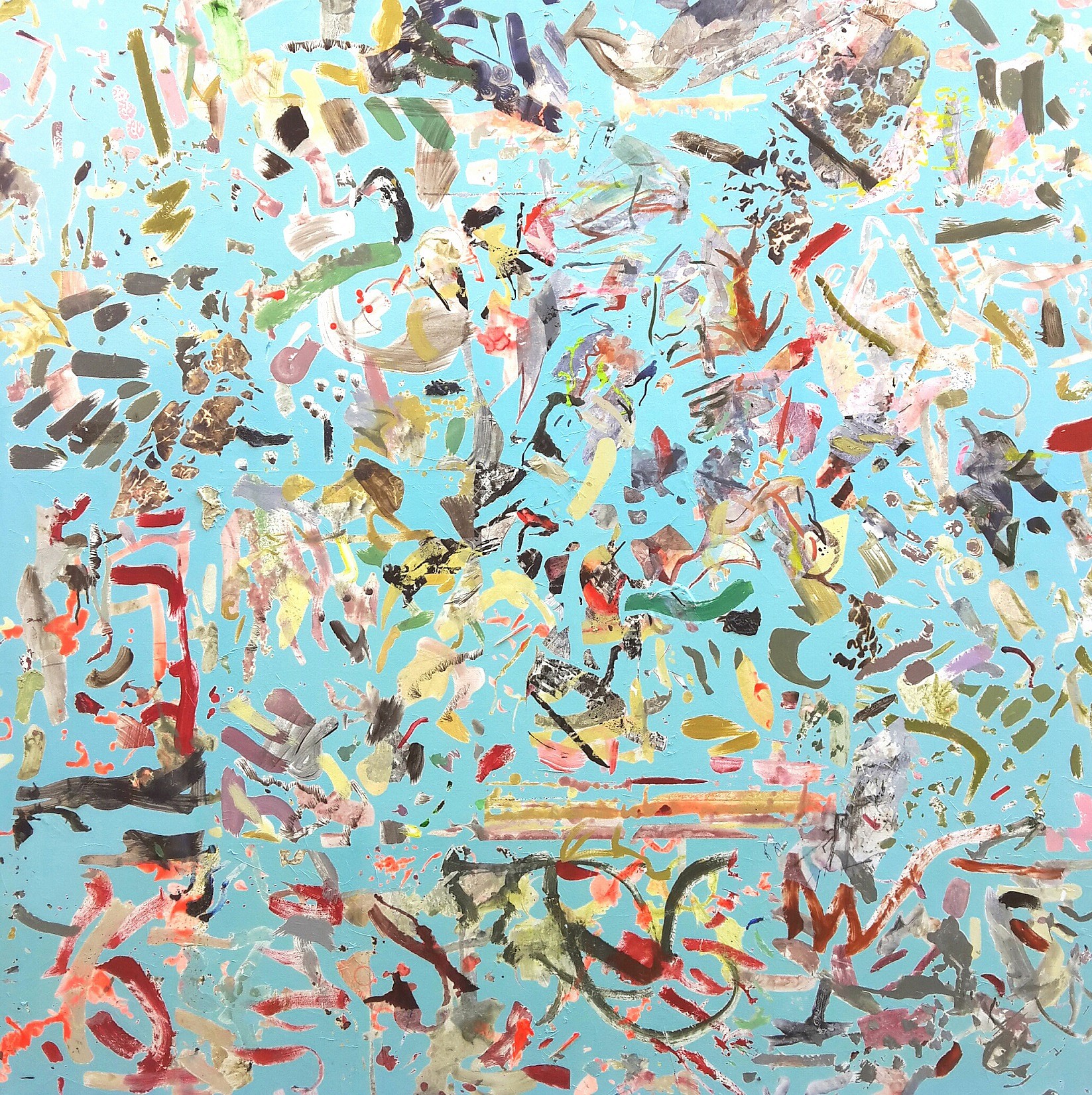 Only desire without an object is empty of imagination

Everard Read is proud to present Unimagining, Emalie Bingham’s first solo exhibition with the gallery.  Opening the 17th October at CIRCA Cape Town, the solo will run until the 8th November 2018.

Unimagining serves to accentuate the full breadth of Bingham’s working practice. This body of work includes paintings, drawings, resin and metal wire-based sculpture forms that are all installed in a conversation on the top floor of the CIRCA gallery space.

A couple of years ago I found myself in an excruciating yet exciting process of interrogating and (more often than not) discarding some fundamental ideas I’d had about God, myself and, by extension, basically everything. I experienced a great sense of loss over that time and the time that followed, and often found myself in the push-pull of entertaining a nostalgia for the sense of security, clarity and order that those paradigms provided, whilst knowing that I could never go back and didn’t actually want to. That said, it has left a void I am continually tempted to fill.

I spent much of this time meditating on some excerpts (a few of which appear here, sculpted in wire) from twentieth-century philosopher Simone Weil’s ‘Gravity and Grace’, which seemed to so succinctly and eloquently give voice to this profoundly disorientating experience. Weil imagines “the void” as a spiritual landscape in which one waits to find grace and God. “The void” is the result of relinquishing “imagination”, which is Weil’s concept of anything we use to fill “the void’. In this instance “imagination” can only be informed by that with which we are already familiar – the often-unchallenged ideas about God and ourselves based on conventions and specifically-directed desires or expectations. Thus, imagination gives us a certain sense of meaning, purpose, security and morality. If we can imagine, then we can aspire to something. But to “unimagine” is to be emptied and expect, wait, and hope for nothing in particular.

And from that place a quiet but sincere yearning emerges for something to believe in, until we realise that the longing itself is believing.

This body of work emerged as both response to and vehicle for the exploration of that dark, vast, complex, spiritual and emotional landscape. It’s as if I descended beneath the surface of the canvas and only pure marks, gestures, colours and textures could speak for me. Instead of exposing me, as art often does its creator, these collage-paintings acted as curtains behind which I could hide and wait in a period of blindness.

They began as I collected compositions on paper from marks that happened entirely spontaneously as I wiped my brush or tested paint while mixing colours. The arrangements then became somewhat intentional, whilst the marks remained impulsive. The process was a meditative practise of seeking out order and beauty in chaos as an instinctive response to the post-traumatised state of my inner landscape. In a sense, the works became monuments to survival, an idea explored through drawings of organic forms like desert plants or tree stumps, and architectural ruins such as cathedrals and the remains of Japanese houses destroyed by natural disasters. Some later works include self-portraits deconstructed and interspersed amongst scenes of destruction and once-discarded paint marks.

The body of paintings culminates with ‘Judas and other Kissers’, a work which playfully references several contemporary and historical artworks of kisses. The piece concludes the series with an onslaught of, at times, grotesque or unlikely pairings. A union of art movements and styles, various disparate media, and fractured figures with puckered lips – putting an end to any lingering dualistic paradigms.

Most recently, installations developed out of residual marks and drawings not used in the collages, which have been set in wire and resin. These form small, awkward and precariously-constructed fragments which reveal something of what happens beneath the apparent confidence of the painted surfaces before they are resolved.

The paradoxical task of trying to manifest a visual tour of a landscape I could only navigate in blindness – to create and “unimagine” simultaneously – has been confusing and uncomfortable but, most importantly, surprising. It seems that at the end of the making, breaking and shaping, the brainfuck that is unimagining, the heartache that is unbelieving, the fear, the darkness, the void, there is only the perpetual ritual of eternal yearning and the continual concurrent relinquishment thereof.